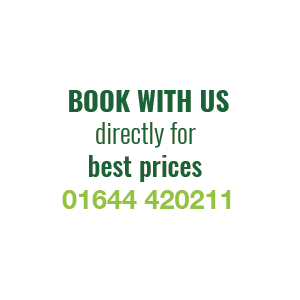 Taking you back in time

History of the Ken Bridge Hotel

The Ken Bridge Hotel was built to command the crossing of the River Ken either by means of two shallow fords or by the Hotels own ferry boat. In 1796 a bridge was built beside the hotel by public and private subscription, but in 1811 this was destroyed in a terrific flood.

In 1821 the present bridge was built from granite hewn from a local quarry and has stood the test of time creating a beautiful backdrop for the hotel and gardens.

The hotel sits on the Old Edinburgh Road an important trading route and droving road between Ireland and Scotland. The Glenkens was also the centre of the opposition to religious changes instigated by James I + VI. The Presbytarian view was that Christ was the head of the church and not the King, nor did they wish English style ceremony imposed upon them. The strength of their beliefs endured through four decades of murder and persecution until the 1680s.

Books such as ‘The Raiders’ by S.R Crocket and ‘Old Mortality’ by Sir Walter Scott give an excellent historical account of these times. Many relics of ancient times can be found close by, from stone circles and standing stones marking battle grounds to Castle and Abbey ruins.

Robert Paterson, known as Old Mortality, was a school teacher who dedicated his life to tending the graves of the Covenanters.  The now ruined Kenmure Castle has played host to many famous figures including Robert Burns and Mary Queen of Scots.

The Ken Bridge Hotel and Rowan Cottage are ideally situated enabling you to explore the whole of Dumfries and Galloway.

Dumfries and Galloway has so much to offer from Castles and Historic attractions to numerous outdoor activities. Here are just a few to help you choose when planning your holiday.

Gardens in Dumfries and Galloway

Dumfries & Galloway is great for cycling

Fishing near The Ken Bridge

Outdoor Activities not too far from the Ken Bridge Hotel

A warm welcome awaits you at
The Ken Bridge Hotel

Have you stayed or dined with us?
We would love your feedback

“ Really enjoyed our meal. Proper pub food was just what we needed and this didn't disappoint. The staff went out of their way to open doors and get a highchair for our little one. The place was clean and reasonably priced.”

"Everything was really good from the staff, facilities, atmosphere & mostly the good. The children's ice cream with miniature smarties, wafer & chocolate sauce went down a treat with our daughter.
Definitely will return in the future if over in that direction."

"Stopped by on the off chance of food and were blown away! We are lactose intolerant and the menu was very easy to navigate for all allergies, the owners even went the extra mile to make sure we had a desert,
not something we are used to!"

"Had a Sunday roast there today, it was first class and would recommend, welcome and service was really good and coffee by the river (about ten yards from the restaurant) was so peaceful and beautiful."

Freddy Matthews
© Copyright 2021 - The Ken Bridge Hotel, New Galloway
We use cookies to ensure that we give you the best experience on our website. If you continue to use this site we will assume that you are happy with it.OkPrivacy policy